The Fall Of The American Textile Industry 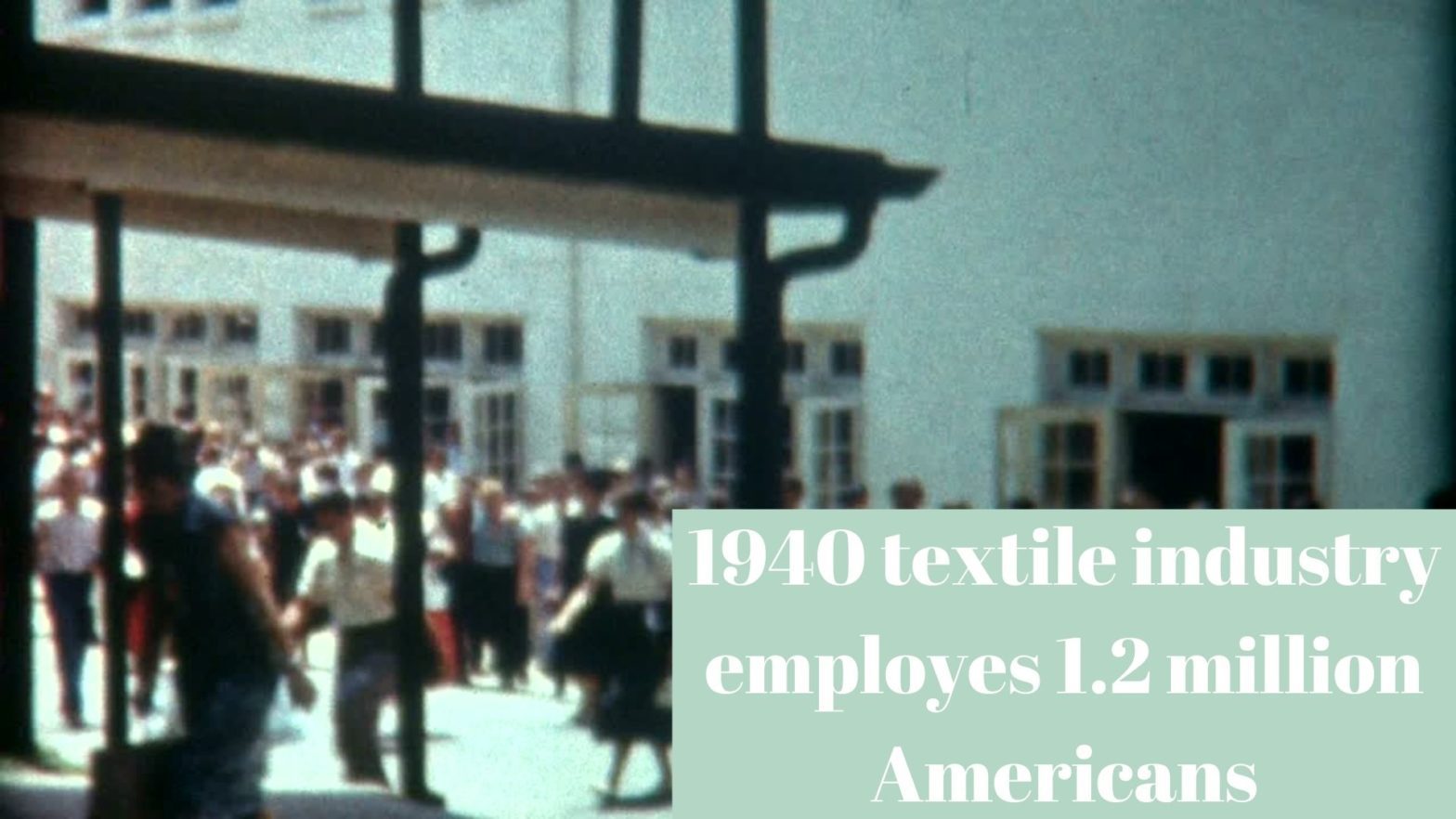 Before the industrial revolution, the textile industry operated out of homes and was known as the cottage industry. A once-booming industry here in the United States, todays’ textile industry in the U.S. is a fraction of what it once was.

It all began in 1785 when Edmund Cartwright patented the very first power loom in England. This was the very first mechanical approach to textile manufacturing, and it used waterpower to speed up the weaving process. After a visit to England and discovering this machinery Francis Cabot Lowell opened the first American cotton mill on the 20th of December 1790, in Pawtucket, Rhode Island. In 1814, Francis Cabot Lowell invented the first successful American-made power loom.

Why Do Our Textiles Come From China?

History tells us that in China in 1910 were only one million cotton spindles, of which half of that were owned by the Chinese, the other half was owned by English or Japanese. However, in the five years between 1916 and 1920, China purchased more spindles than they had in the 50 years prior, the Chinese government financed the purchase. According to the Chinese Mill Owners Association, Chinese ownership of spindles in action In Shanghai, and other places grew to an amazing 2,842,910 spindles in operation (Yang, 1921). Yang also pointed out concerns around the fact that China’s population at the time was four times that of the United States but with only 8% of its spindle ability, and the increase of spindles at the above rate could go on for a century without saturating the country with cotton mills.

Factors still stood in the way of exponential growth, China had exceedingly high tariffs, additionally, China was also often a victim of dumping and the frequent famines and devastations in the country were a cause of cessation for demand for yarn in some areas. The most important factor though maybe the cost, the value of yarn from China fluctuates often as the Chinese dollar fluctuates violently in 1919 the Chinese dollar could buy $1.10 of US currency however at the time this article was written in 1920 the Chinese dollar was worth only $0.50, that would mean that if the US prices remain the same during this time the price of the Chinese product would be double what it was the year prior.

The textile industry history, the creation of the power loom, and the loss of American jobs.

The fall of the Textile Industry in the United States can be further be attributed to the rising cost of doing business, and the cutting of American wages. According to Spartanburg 1921, it was the consensus of the South Carolina Cotton Manufacturers Association that further cuts in wages were imminent as textile wages were still 100% higher than in 1914. Combined with extremely expensive freight rates, this was a hindering factor in the improvement of the business. With increased competition and frequent price revisions, plus the lowering of wages, there was a growing feeling of fear amongst US cotton growers and sellers of cotton goods.

In an effort, to save even more money textile manufacturers began looking for ways to minimize waste in the cutting room. Waste is more likely to cut into profits in many cases eliminate profits when this happens it is dangerous for any business. Commonly, little concern was paid to the cutting department, with only a supervisor being entrusted to ensure that the garments were being cut responsibly and from the least possible yardage.

Some manufacturers have installed systems which can assist them in understanding whether more cloth is being used in a garment than what was necessary and whether or not cloth was wasted by the cutting department this is accomplished through a simple piece- goods or stop record each cloth delivered to the cutting department has a ticket attached showing the exact yardage in that piece the stub of the ticket is detached and turned into the office where it’s entered into a stock record the cutter is to mark the exact number of yards used in the spaces allotted on the card this is used to subtract from the cloth in stock because all the pieces are ticketed it’s easy to take a quick inventory and check the numbers (Kaemmer, 1928).

In 1961 an evaluation of the decline of the domestic textile industry revealed that the industry had gone through a decade-long decline. Per capita consumption of textile products dropped from 44.5 pounds in 1947 to 36.2 pounds in 1957 a reduction of 19% while exports of domestic textile products steadily declined during this. The sale of cotton cloth declined by 29%, and exports of synthetic fabrics also declined by 27%. The foreign market however for cloth made entirely or primarily of the wool completely disappeared decline of 97%.

During the same time imports of textile products increased cotton increased from 6% to 22%; there was a six-fold increase in imports of wool fabric. A 10-year evaluation of sales and production from 1947 to 1957 reported that the total annual sales of all manufactured products in the United States increased by 112% during this period.

A small rise in production the textile mill production increased by 44% by the end of 1959 with an increase of about 5.6% in all manufacturing sales. This was good for the domestic textile industry however textile sales went up only 5.4% consumer trends continue to decline along with total consumption expenditures on clothing and shoes.

Conclusion. In the beginning, the textile industry in America was strong and it can be again today. A leader of innovation in this industry it was the power loom created in 1814 that set the textile industry on a path out of the United States. China not only had more real estate available to build big manufacturing plants they also had cheaper wages and these things combine were reason enough for the governments to see it beneficial to move the industry overseas. Sustainability and job creation are reasons to bring it back to the U.S. we now have so much technology available to us we can navigate the problems of the past to create new and better systems here on American soil. We are behind the game in textile waste processing, our focus is on creating rags not new materials from post-consumer goods. While companies overseas are working to create recycled fabrics and push sustainable business Americans are still buying raw materials and not motivated to make the jump.

Read more from the same author:

We use cookies to ensure that we give you the best experience on our website. If you continue to use this site we will assume that you are happy with it.AcceptPrivacy Policy